Onika Tanya Maraj or Nicki minaj is well known for her antics especially her fascinating way of dressing and showing off her body when performing. There are photographs of this hip-hop artist before she reached to stardom in the early 2009 with young money but the photographs have a completely different look to the nicki minaj we know today. This has increased rumors the female rapper has had several plastic surgery to enhance her look

Nicki minaj has had a breast job

One of the plastic surgery procedures Nicki Minaj has done is breast implants. Though she has refused to admit it, her before and after fame pictures says it all. Before fame, she had a clear chest size but now the star’s breasts are much fuller and bigger which indicates that she has gone under the knife. 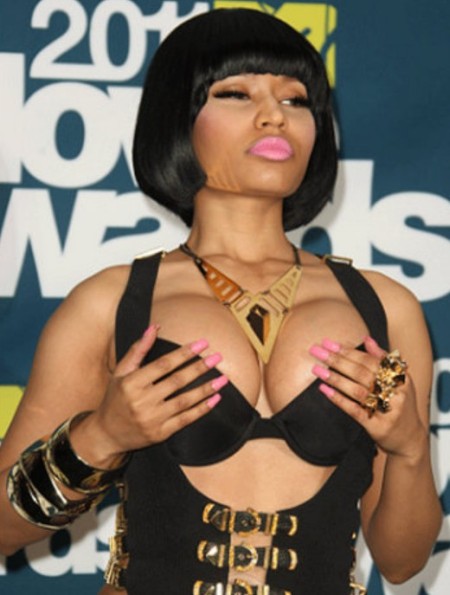 This is one of the hardest and most controversial rumor to prove about this popular female rapper as she claims that the make up and contouring gives her the unusual look that she wears during her shows or any time she appears in public. However, it is clear that her nose bridge and nostrils have been slimmed after her fame but she just won’t admit it. 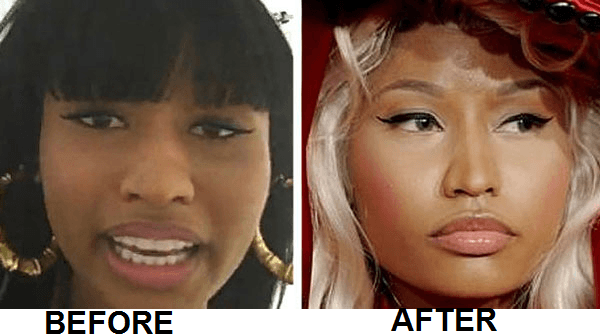 She has probably also had butt implants

Nick minaj loves to flaunt her curves, she has even included her famous butt in her new single Anconda. Her butt is perfect’ round and firm which is what every woman wants, but is it natural? Most people believe that the star has gone under the knife to get her derriere enhanced which can be clearly seen when you look at her before and after fame photographs. Before her butt was flat and really small but now she has a tighter, bigger and it fits perfectly in everything she wears thanks to her very good doctor. 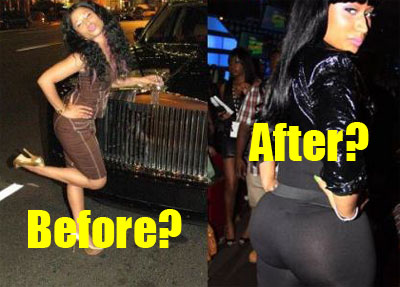